A ziggurat (Akkadian ziqqurrat, D-stem of zaqâru “to build on a raised area”) is a temple tower of the ancient Mesopotamian valley and Iran, having the form of a terraced pyramid of successively receding stories.

Well why would you need one of those?

Reality is myth, math, and metaphor.

Built on seven levels, the ziggurat represented seven heavens, seven planes of existence, the seven planets, the seven metals associated with them, and their corresponding colours. (Seven is a very important number in many ancient societies and systems, such as Numerology, myths such as the Seven Dwarves/Brothers/Sisters, and the seven Chakras of the body.)

Spirals reference the movement of consciousness or the Golden Ratio. 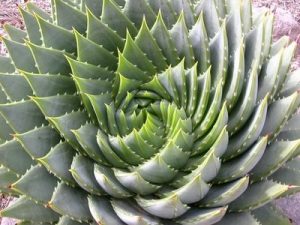 The polar equation for a golden spiral is the same as for other logarithmic spirals, (a Scottish discovery, see: Napier) but with a special value of b:

One soul played many roles.

Even though Hans Jenny did pioneer cymatics in modern times, the study of geometric relationships to wave interaction (sound) obviously has much older roots (Pythagoras). A work that shows ancient peoples’ understanding of sacred geometry can be found in Scotland. In the Rosslyn Chapel, Thomas J. Mitchell, found what he calls “frozen music”.

Apparently, there are 213 cubes with different symbols that are believed to have musical significance. After 27 years of study and research, Mitchell has found the correct pitches and tonality that matches each symbol on each cube, revealing harmonic and melodic progressions. He has fully discovered the “frozen music”, which he has named the Rosslyn Motet, and was performed in the chapel on May 18, 2007, and June 1, 2007.

Symmetry, Myth, Numbers, Belief
At the end of the day the Ziggurat Principle says all these matter:

Your arguments need to be elegantly symmetrical; the numbers have to work; the stories you tell have to build a coherent myth (spiritual truth); …which people can believe in.

But the absolute point is; the broader your base, the higher you can build, and then the farther from which you can be seen.

That’s what we do. We build Ziggurats.

In my personal life, I share many of my business principles – fair trade, equal rights, education and lifelong learning, environmental awareness, politeness and non-judgementalism, loyalty, honesty and committing to your word. Read on for some of my favourite lessons of life. I also value many Permaculture principles to leading an easier, low-stress lifestyle which you can read more about here.